Published by the Royal Photographic Society in November 2020. 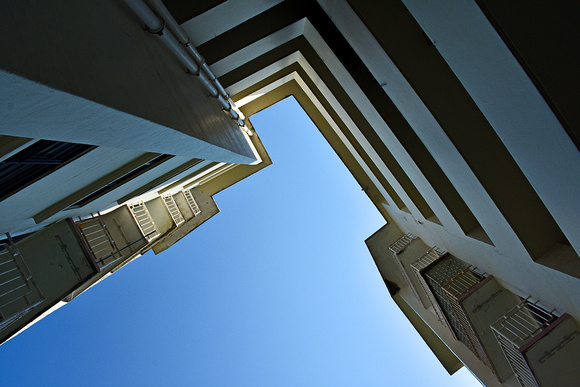 Built in 1958, Dakota Crescent Housing Development was one of the first housing estates to be built in Singapore. 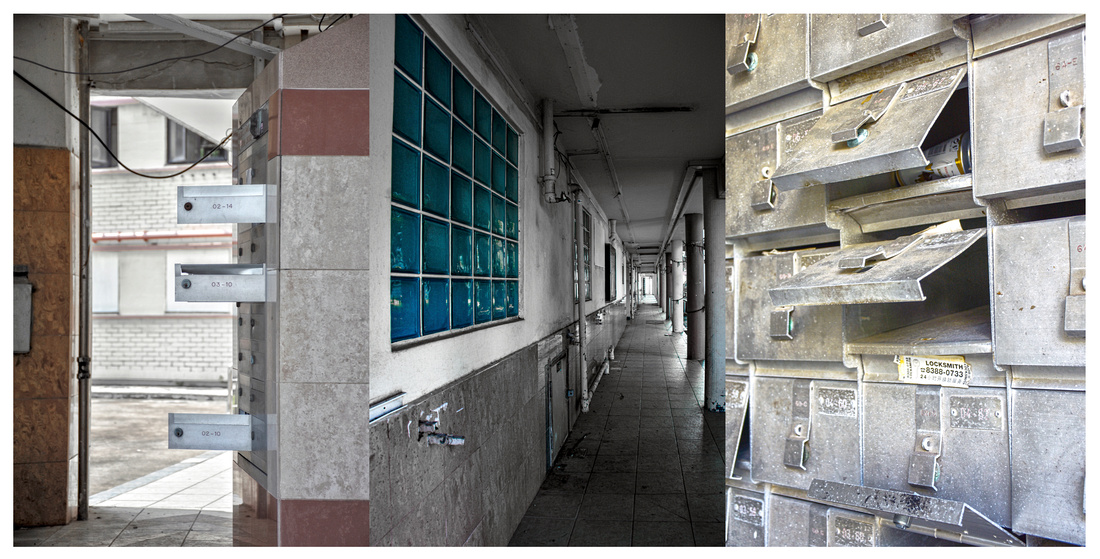 The low-rise, red brick social housing blocks were built to house the victims of what had become dangerous, squalid and very poor housing in the surrounding Kampongs. Fires in 1958 and 1959 in nearby villages left many people homeless and with bubonic plague sweeping through the old insanitary housing, something had to be done. 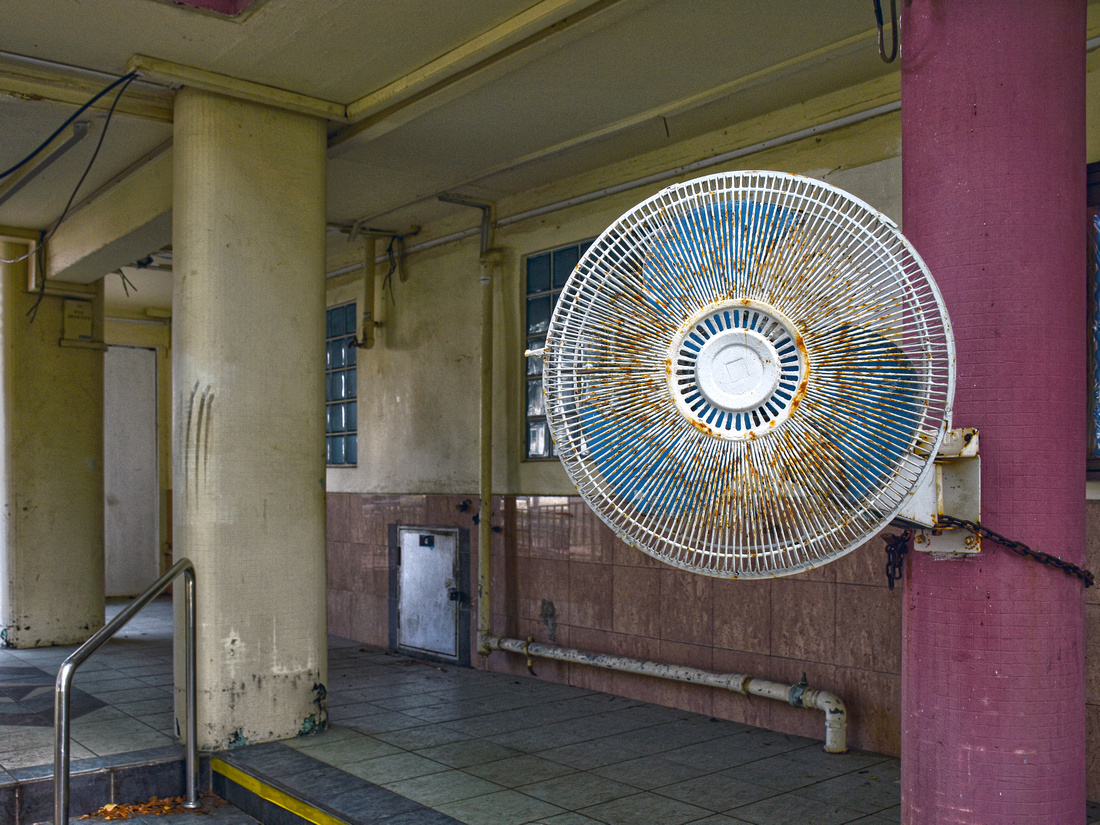 The American built, Douglas DC-3 aeroplane, was referred to by the British as a 'Dakota'. Built on the site of the old Kallang airport, the name, 'Dakota Crescent,' commemorates the loss of an entire crew of airman lost in a crash in 1946.

Although most of the ground floor flats are boarded up now, much of the original ironwork still remains. The original red brick has now been covered by years of painting to help weatherproof the exposed brick. Ironwork, from left to right, 32 Dakota Crescent, 22 Old Airport Rd and 10 Dakota Crescent.

Below, a photo of part of the commercial area of the estate, Block 12, which had shops, a cafe and health centre. 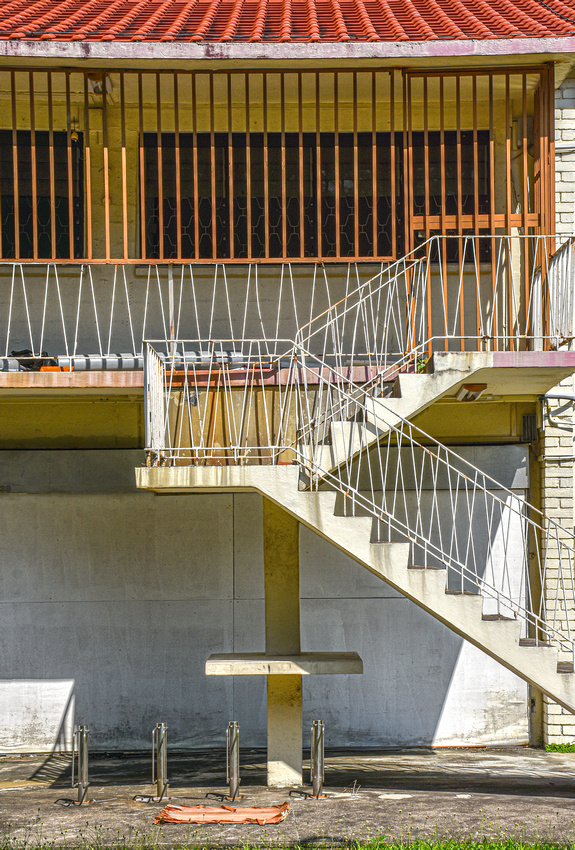 The lifts at Dakota Crescent were very narrow and only stopped at every other floor (the blue door at the bottom of the middle photo below is a lift door) very inconvenient for some of the residents. Currently there is nobody in Singapore capable of servicing or repairing the lifts, one of the many reasons that HDB felt it needed to rehouse the residents.

The last residents of Dakota Crescent HDB moved out in 2016 and now the remaining blocks lie derelict awaiting the next phase of development. There are campaigns and a Facebook page dedicated to saving the site as it represents and important part of Singapore's social history.

One section that will be saved is the iconic Dove Playground in front of block 10, designed by Mr Khor Ean Ghee in 1979. 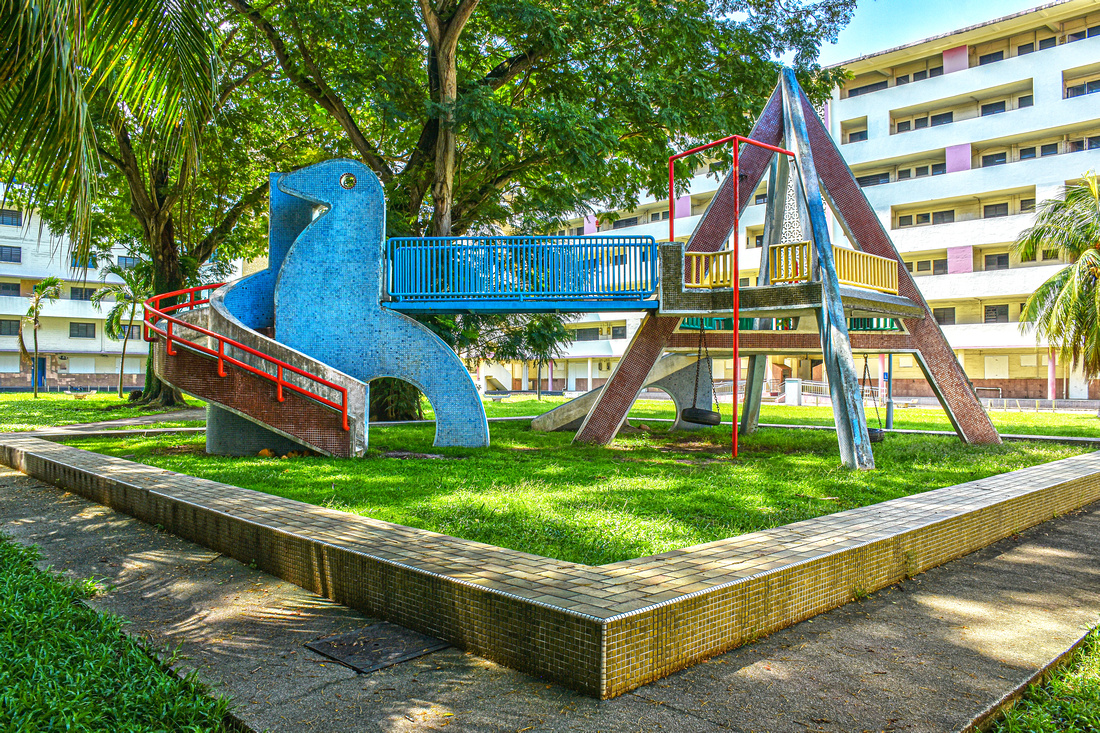 I have met and spoken to people who once lived in Dakota Crescent HDB, all have fond memories, particularly of the space, communal areas, the relatively big balconies and being by the river.

All the photographs are my own, taken in May 2019. All the information is from Wikipedia and from observations and conversations.

Thank you for reading my blog.

Ruth is an Associate of the Royal Photographic Society has a Diploma in Professional Photography and is a multiple award winning member of the Guild of Photographers.