Hikkaduwa, Out of Season.

Published in Worldviews by the

Hikkaduwa out of season is just about as relaxing as it gets, but you need to be prepared for a very mixed bag of weather. It really does rain hard between May and September! 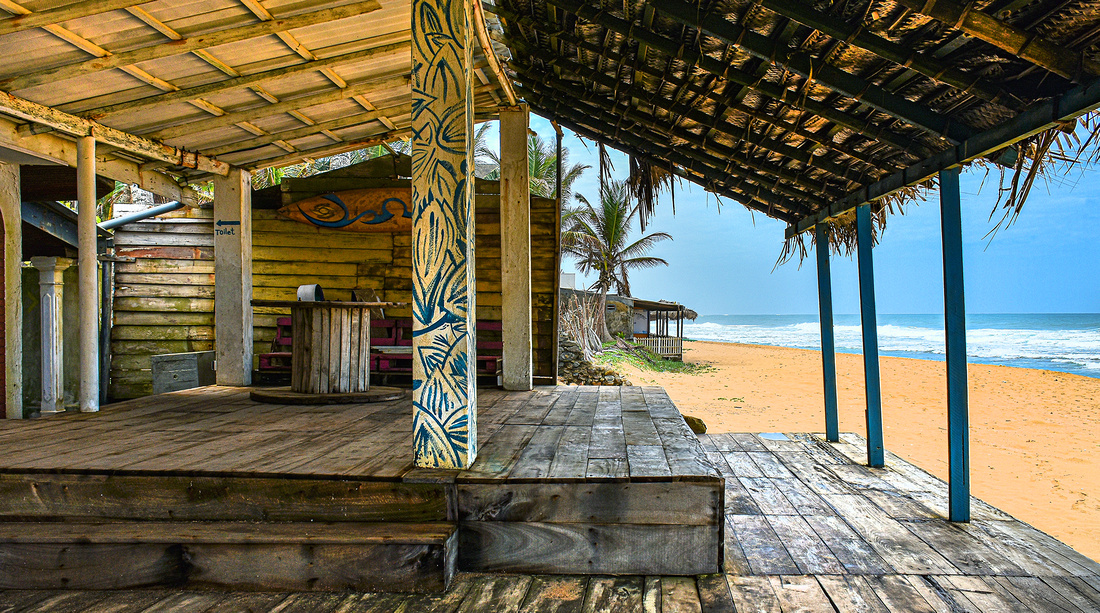 Most of the beach bars and restaurants were closed and won't open again until September/October. But there were enough cafes & restaurants open to keep us, out-of-season holidayers happy! 😊 Sri Lankan carbs' really are the best! 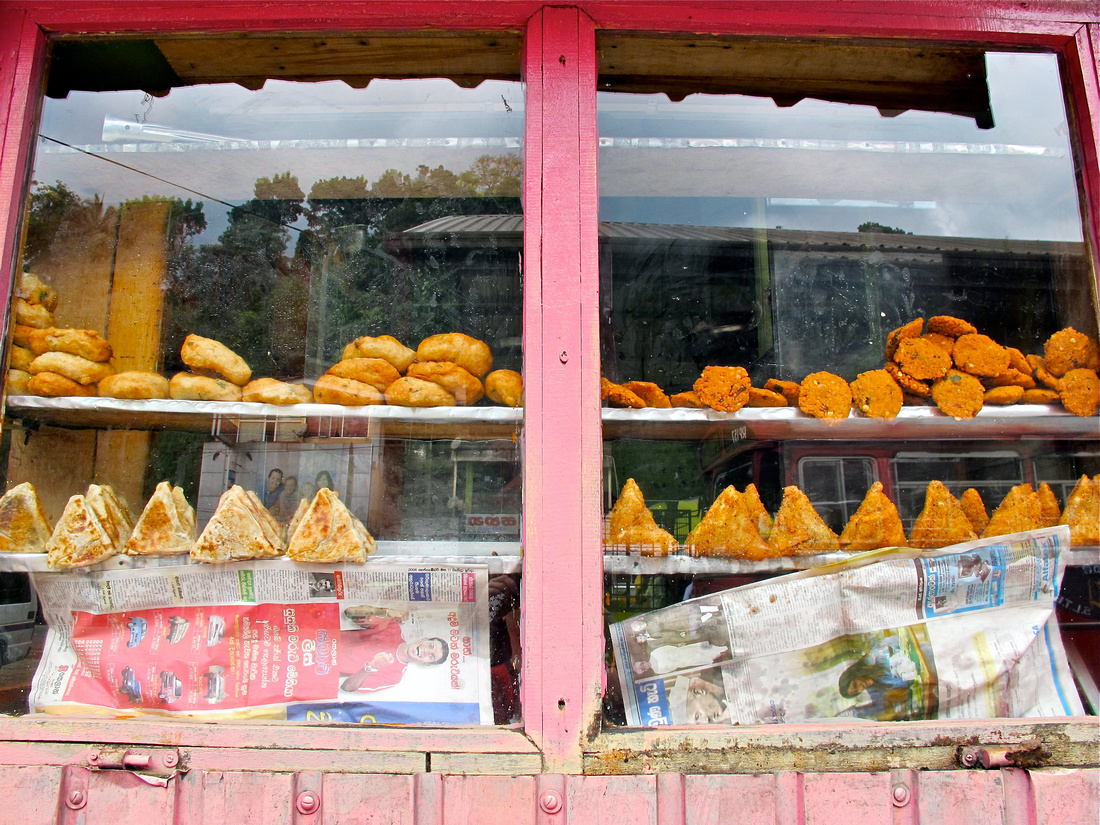 Sri Lankan snacks.All of these are delicious, cheap, cooked fresh daily and you'll come back for more!

Below, the Buddhist temple, Kumarakanda Maha Viharaya, definitely worth a visit and Kumarakanda is a walkable distance from Hikkaduwa, either by following the train tracks or a short tuk tuk journey. 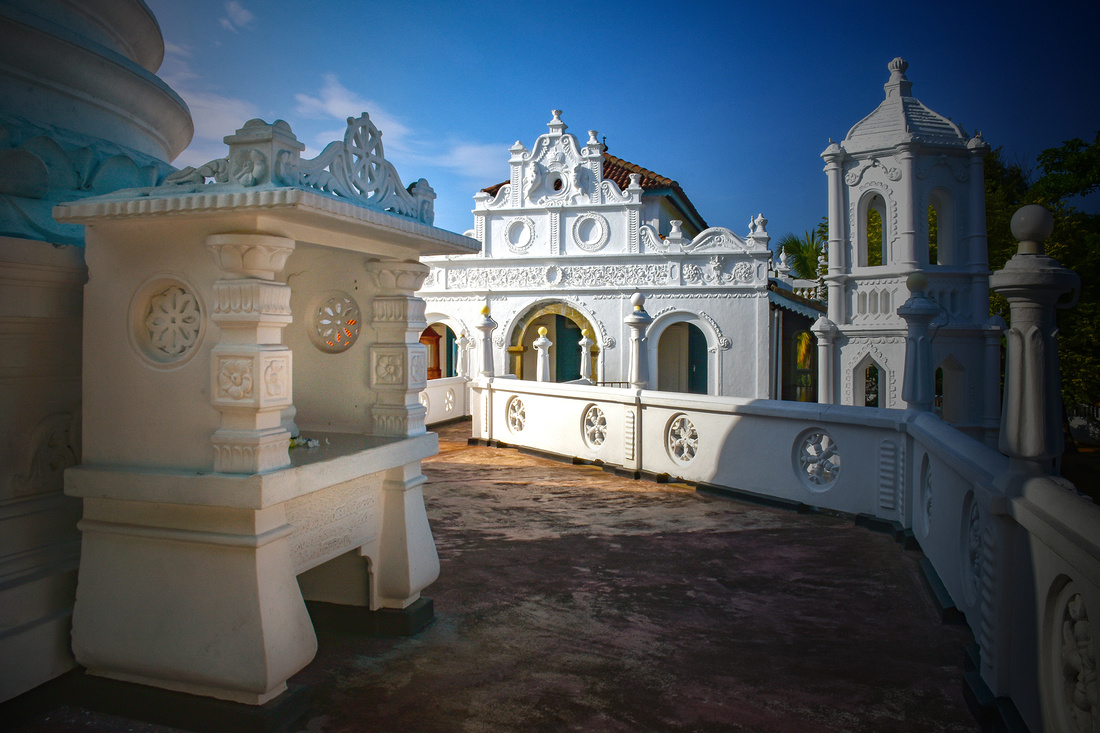 'Prince on the Hill'Kumarakanda Maha Viharaya.

Portuguese invaders arrived in Sri Lanka in 1505, and there are still plenty of examples of the Portuguese architectural heritage all over Hikkaduwa. Dutch protestant colonists followed the Portuguese into Sri Lanka in the 16th century. Due to their dislike of Catholicism and acceptance of Buddhism the Dutch colonists began to rebuild some of the destroyed temples. Kumarakanda Maha Viharaya, temple (above) was rebuilt in 1784. 'Observer', Sri Lanka Aug' 2019. 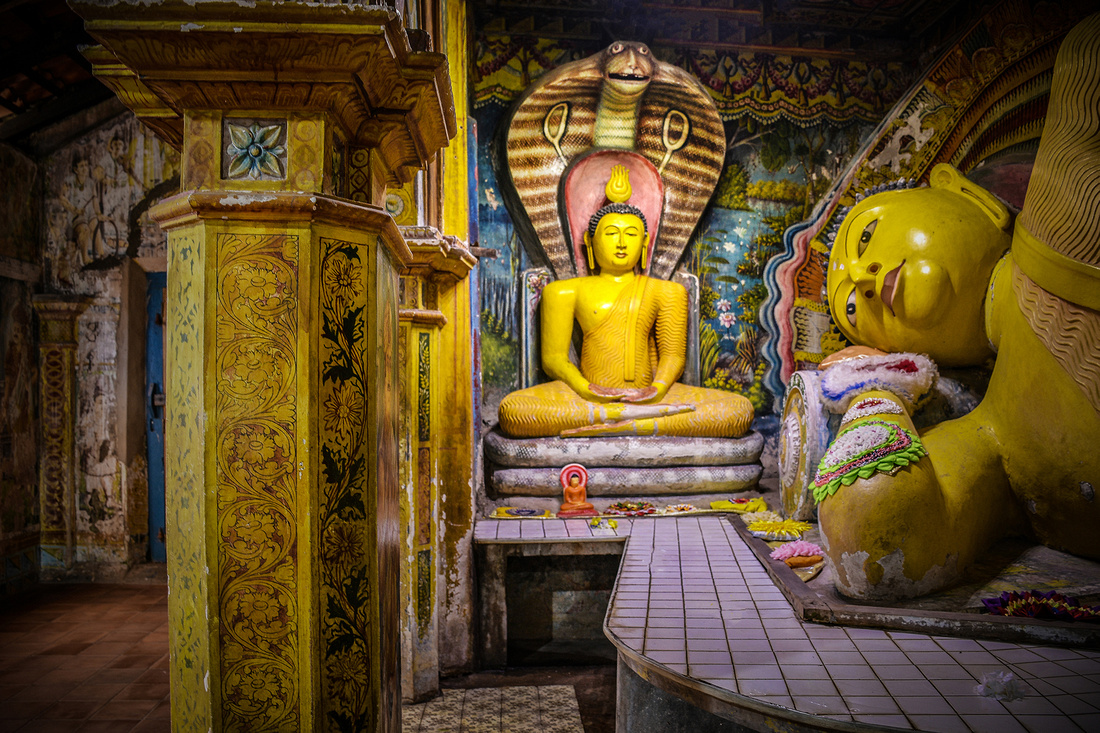 Lions feature heavily in Sri Lankan imagery although there have been no lions in Sri Lanka since prehistoric times.
The old national flag of Cylon featured a golden lion and the golden lion has been adopted by the most popular local beer, Lion beer! 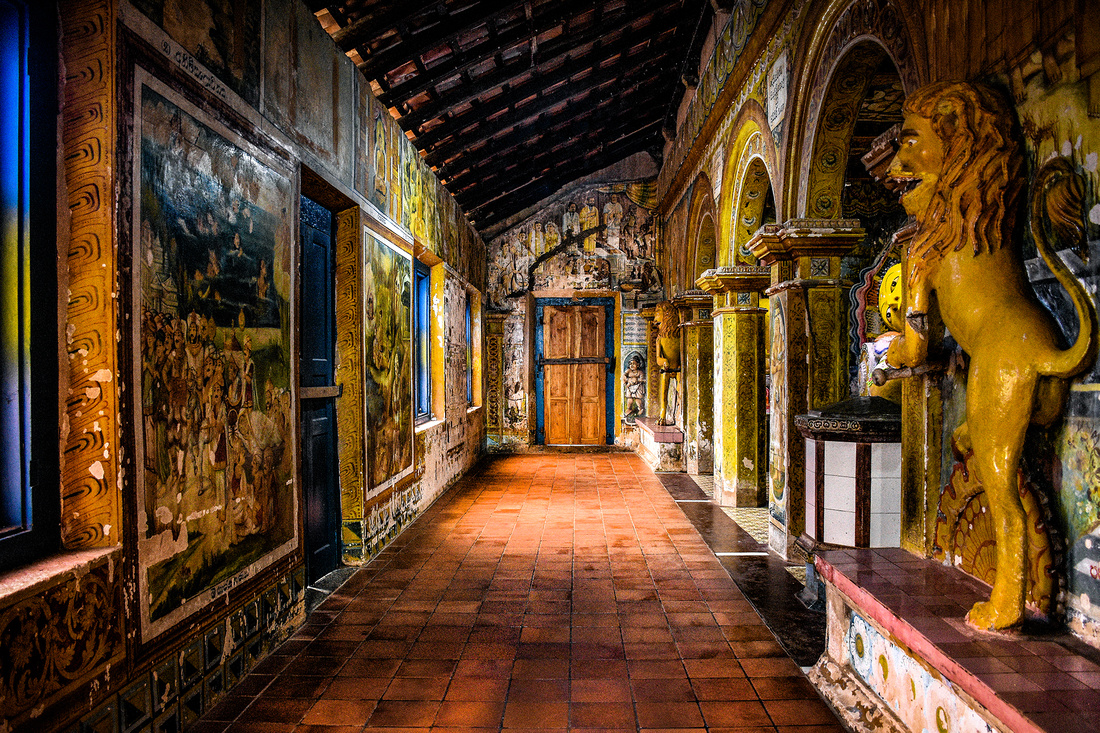 One of the best places to see well preserved Portuguese and Dutch buildings is within the walls of the Portuguese built, Galle Fort. It's a 40min tuk tuk ride from Hikkaduwa, costing around 1000 rupees, one way. 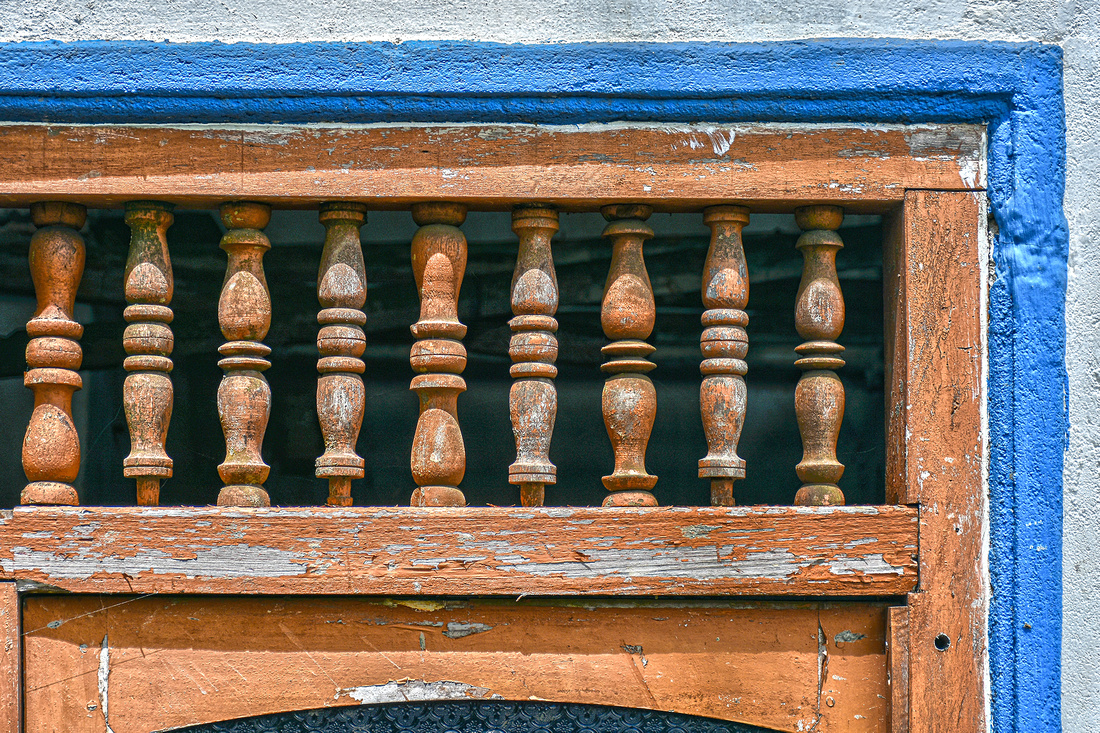 Famed for its surfing and coral reef reserve, Hikkaduwa attracts thousands of visitors during high season. Out of season the touristy parts of town go into hibernation, but the central areas around the bus and train stations and the fishing ports are all business as usual. 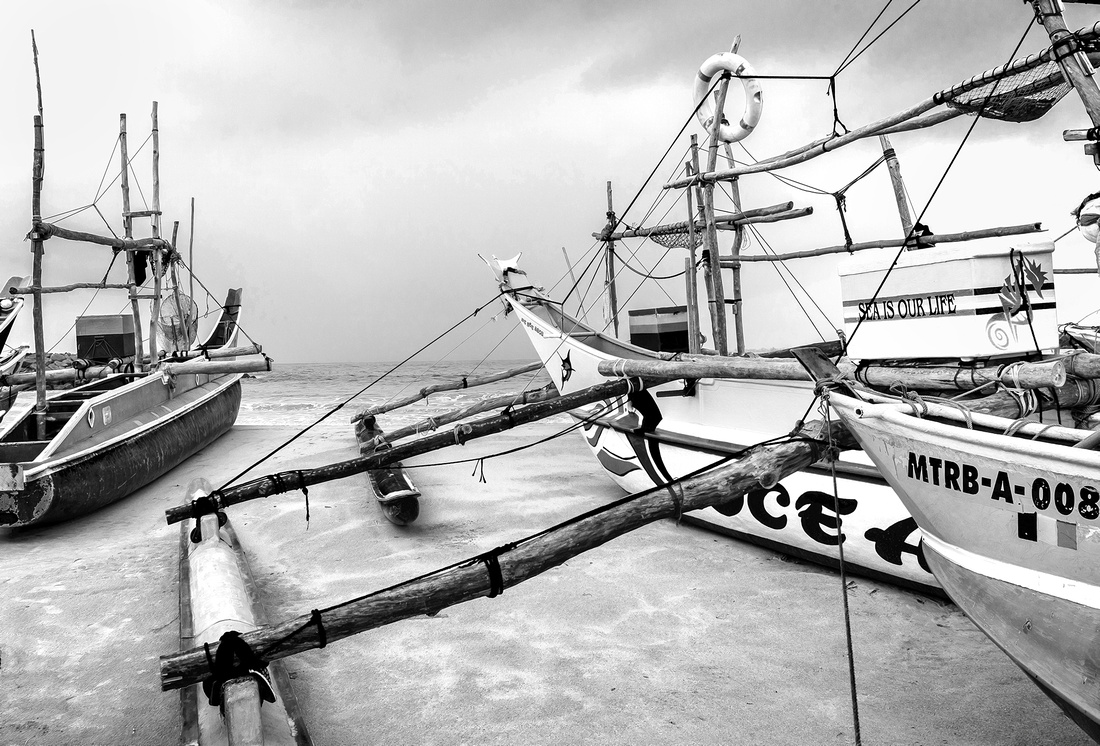 'Sea is Our Life'Dodanduwa fisheries.

Sri Lanka is an island and fishing is a major industry for the local communities as well as a tourist attraction. The fishing port in Hikkaduwa centre is well worth a visit, there is a small charge to go into the harbour. Below are examples of, Bala Oruwa fishing boats, 'double spirit rig', 'Indigenous Sails', by Tije Brandsma. 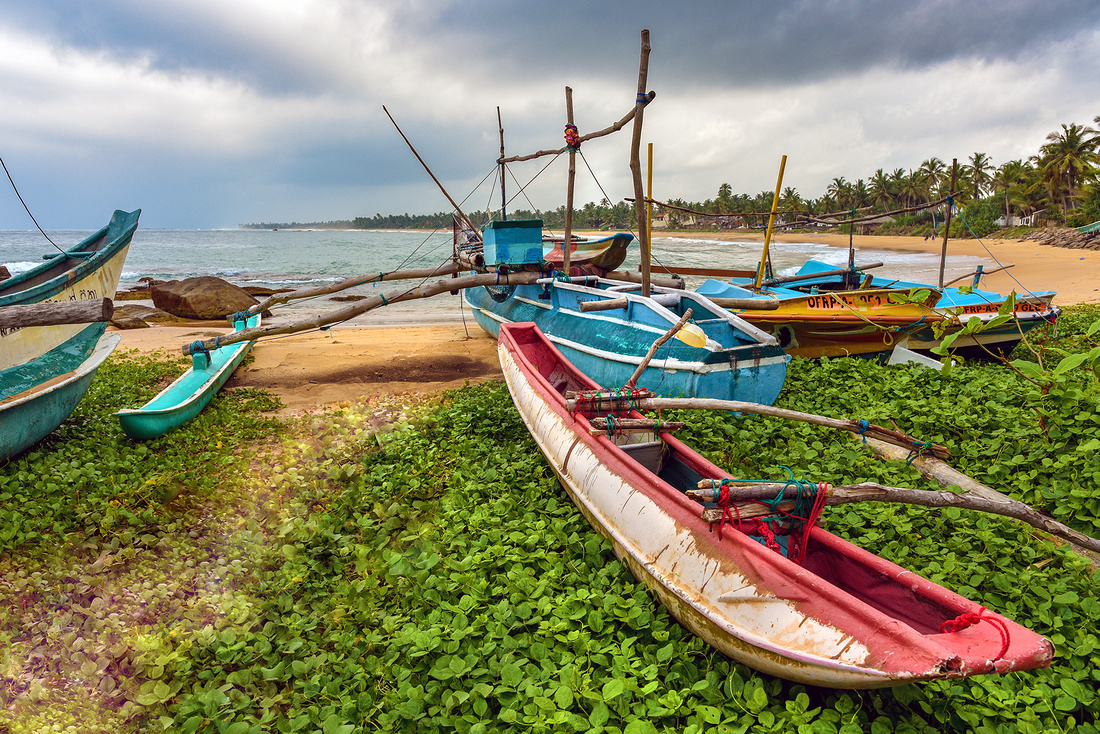 Trips from Hikkaduwa are easy to organise with a variety of different transport and day trip destinations available. Catching the train from Hikkaduwa to Galle is easy, cheap and great fun...even in the rain! 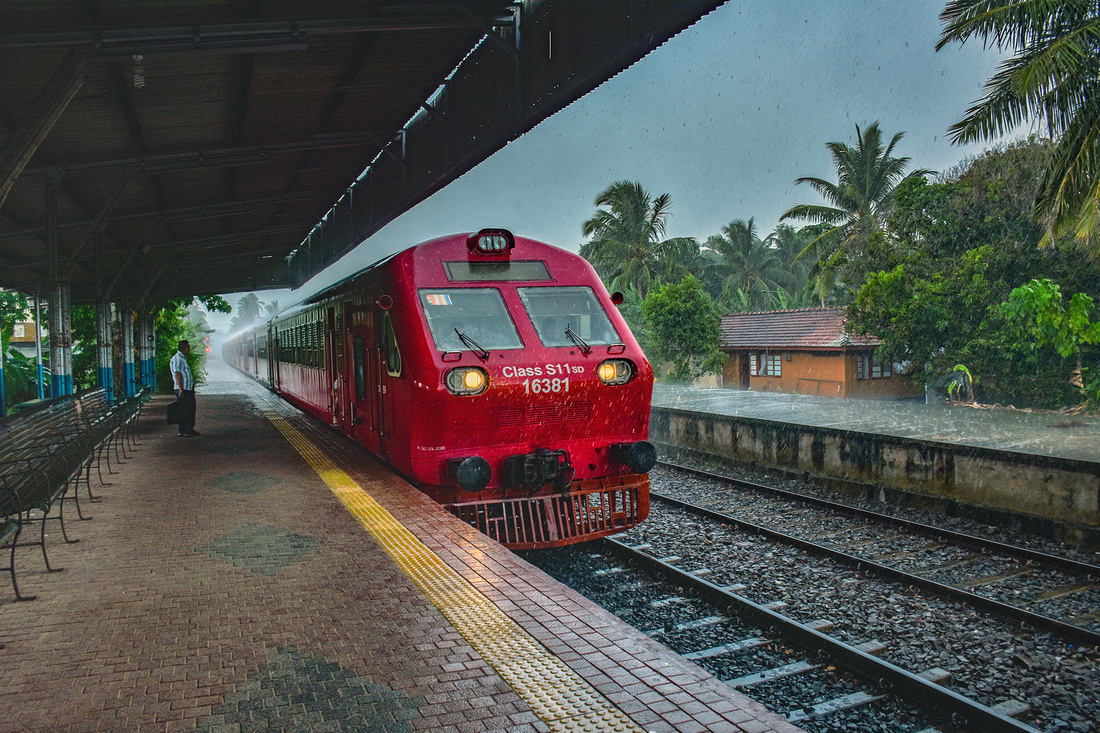 The 2004 tsumani destroyed lives and lively hoods in Sri Lankan coastal towns and villages. There are many visible reminders of the distruction caused by the huge tidal waves that hit the coastline. 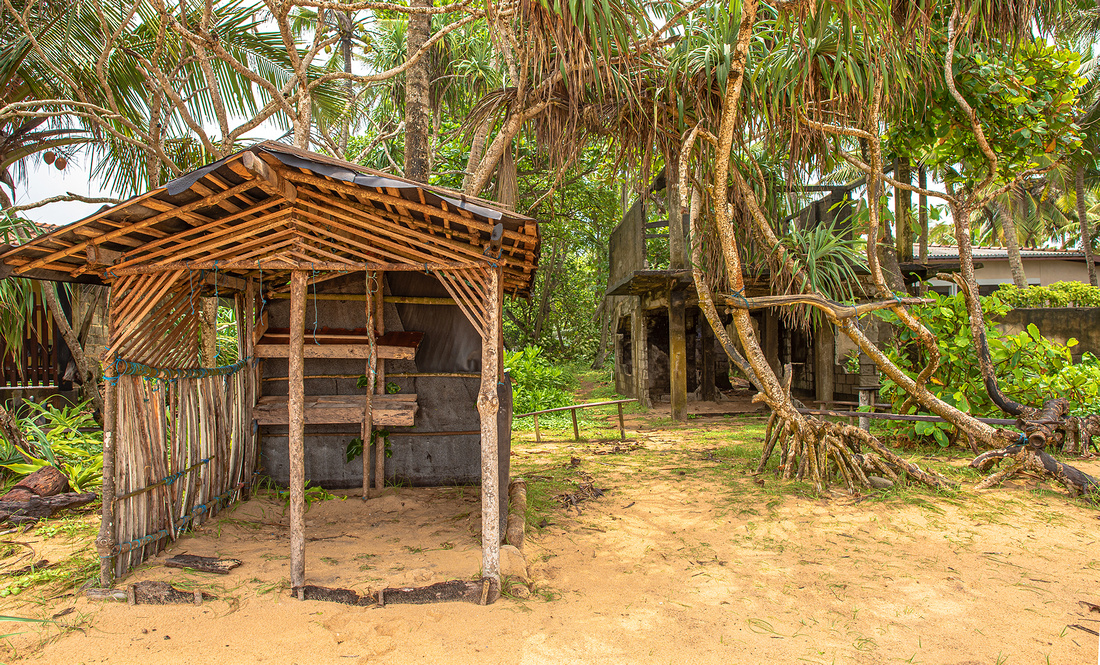 Empty sea front bars will hopefully be full in a few months time, with surfers, backpackers, sun seekers and families. 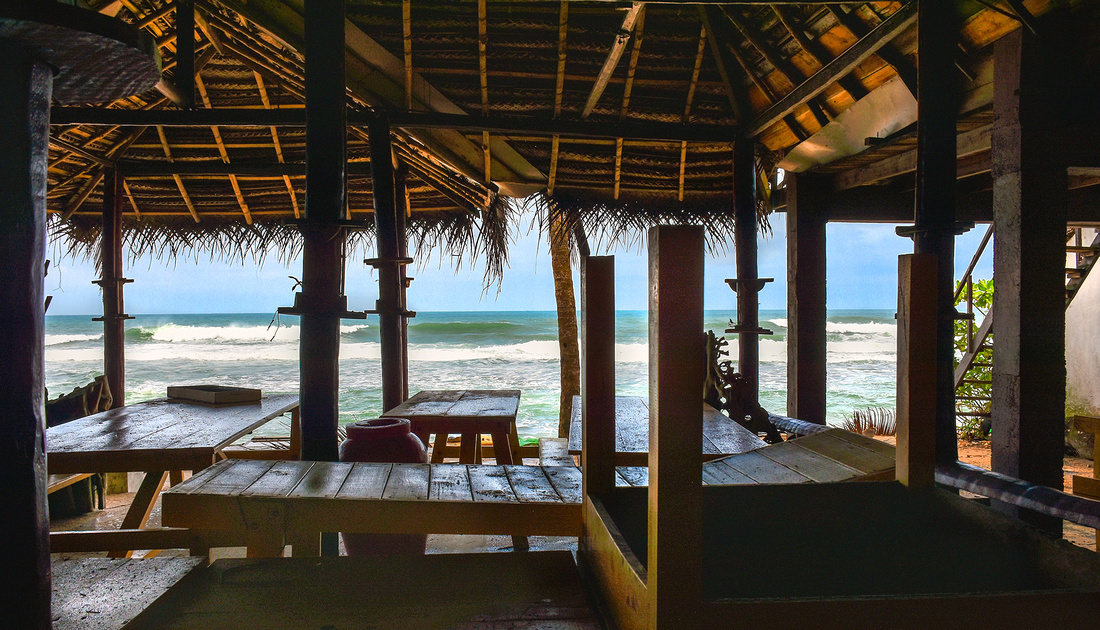 Indian Ocean view.Open again in October! One of the many Hikkaduwa beach bars.

The Sea Salt Society, opened in 2018 and open for a coffee, beer and food in August and a beautiful view. These beach beds have curtains, cushions and sunbathers, between October and May. 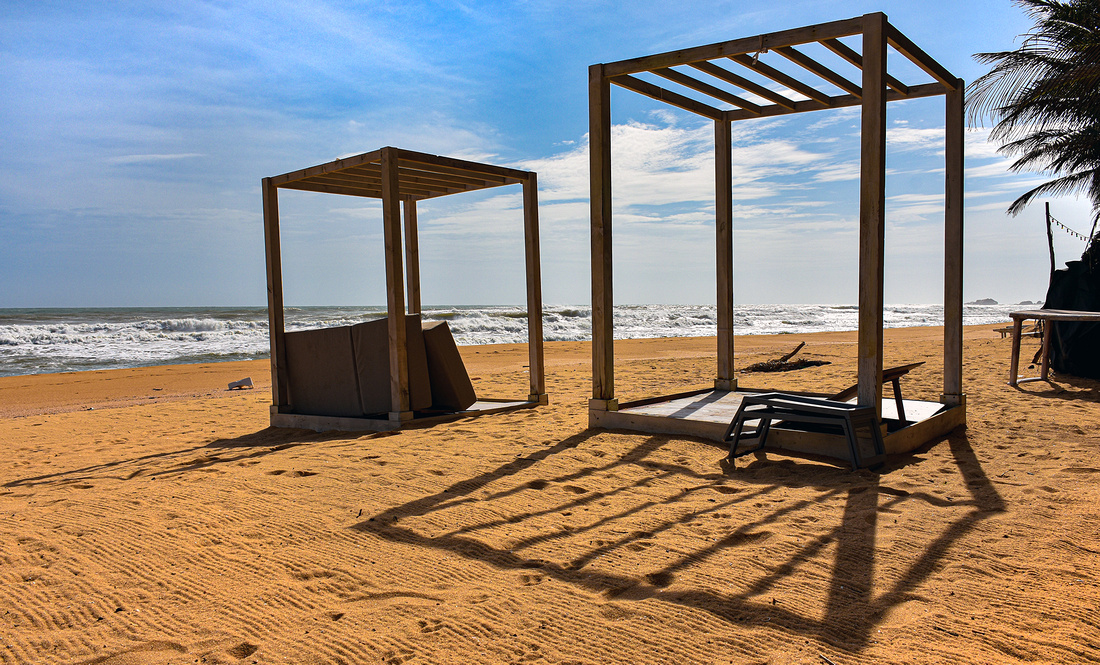 This year I discovered that the best quality cinnamon comes from Sri Lanka! (and South India). Ceylon cinnamon is more expensive than cassia cinnamon or Saigon cinnamon and is supposed to be of superior, flavour, aroma and has a smoother brighter coloured bark than its rougher textured counterpart. The cheaper cassia varieties that are grown in Indonesia, China and Vietnam and are said to have an inferior nutritional value. Next time you pick up a jar of cinnamon, check the 'origin' and be sure to pick, Sri Lanka!

Thank you very much for reading this blog and hopefully enjoying my photographs of Hikkaduwa and the surrounding area. 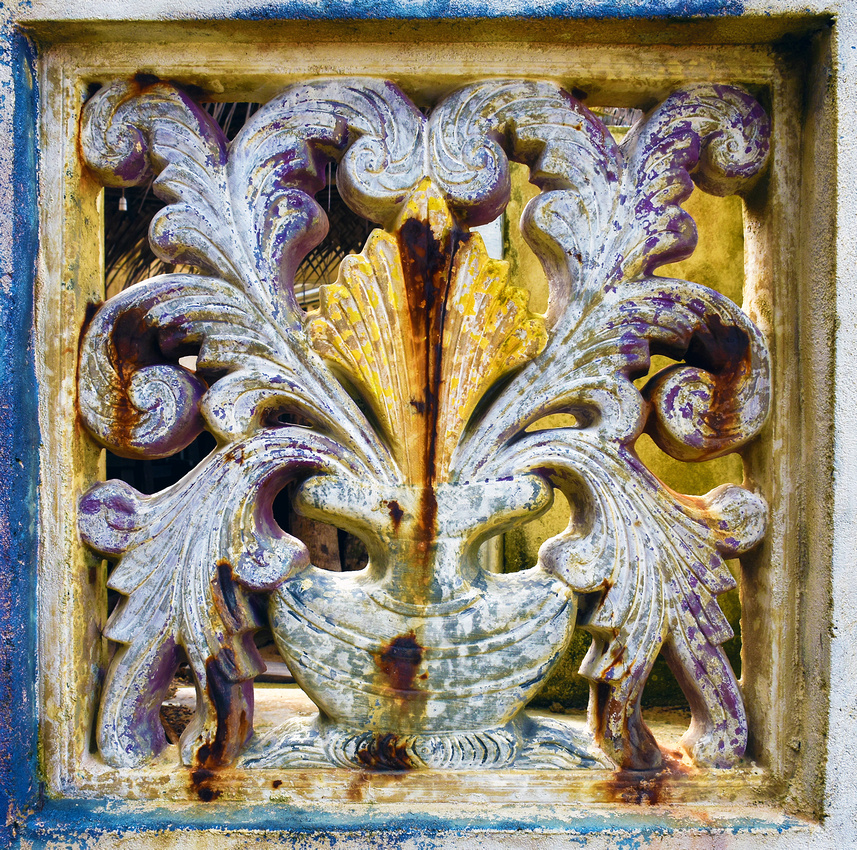 Ruth is an Associate of the Royal Photographic Society has a Diploma in Professional Photography and is a multiple award winning member of the Guild of Photographers.